On Tuesday, May 3rd, the Fort Bend Junior Service League (FBJSL) and FBJSL Sustainers honored members for outstanding service during the 2015-2016 League year. FBJSL is an organization of women dedicated to providing volunteer services, leadership and philanthropy to enrich Fort Bend County. FBJSL is widely recognized for its compassion, integrity and steadfast involvement in community outreach. 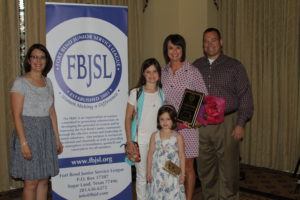 Long-time member of FBJSL, Catherine Kubala was named the 2015-2016 Volunteer of the Year. A member of the League since 2001, Catherine has held many important offices, roles and leadership positions for FBJSL. From President of FBJSL, to Sugar Plum Co-Chair, Audit Committee Lead, Nominating Committee, Advisory Committee, and many other roles, Catherine is ALWAYS willing to serve FBJSL and our community! Her commitment to Fort Bend County is evident in everything she does, and she exemplifies the League’s key values: community, volunteerism and leadership. 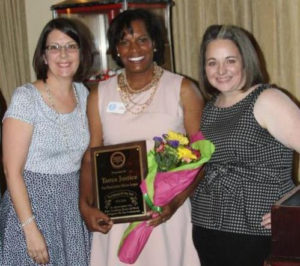 In addition to recognizing the FBJSL Volunteer of the Year, the League recognized several other special volunteers. The 2015-2016 Provisional of the Year is Tanya Justice. Tanya was a new member of FBJSL this year, who jumped right in and volunteered countless hours to help many of the League’s core placements. From volunteering at Lunches of Love, the Sugar Plum Market, the FBJSL Spring Fling event, and many other Provisional Projects, she has contributed her time and resources in many valuable ways. 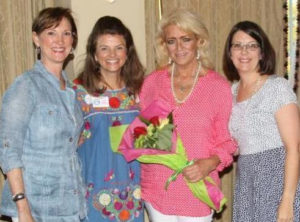 Caron Marble was awarded Sustainer of the Year for her service to the League and the Fort Bend County community. Caron is extremely involved in FBJSL Sustainers, and remains active in a large variety of our community’s organizations. She attends and supports many area fundraisers for non-profits and is one of our star Sustainer Members.

FBJSL and FBJSL Sustainers are honored to work with such great women who embody the highest level of volunteerism and further the mission of the League. FBJSL is dedicated to promoting volunteerism, developing the potential of women, and improving the Fort Bend County community through the effective action and leadership of trained volunteers. Its purpose is exclusively educational and charitable as well as providing an atmosphere of friendliness, goodwill and camaraderie for all members.